The department was organized March 4, 1954, after serveral fires in the community that resulted in total loss. This inspired the people to do something to protect their property and life. A public meeting was held with 54 in attendance, from this meeting officers were elected and various committees were appointed to go ahead with plans to organize a fire department.

Through solicitations, raffles, minstrels, carnivals, and suppers sponsered by the ladies of the community, they were on their way.

Temporarily the department was housed in a building shared with the original post office and others. A piece of land was obtained and members began plans to build a new station, the current building that is now West Point Station 1. The present building now occupied by the fire department, was designed by Robert F. Beatty, Architect and construction began in the spring of 1958.

When it was being built, the membership had a program where the community could buy a block for the outer walls of the building at the price of a dollar. The membership and other volunteers would park their cars behind their station at night and use their headlights to build in the dark.

The building was completed in 1958 and dedicated in 1960 (Picture of pamphlet from dedication ceremony below). Although construction has long since stopped, the building and the grounds have undergone numerous changes and renovations over the years as you will see in various pictures throughout the website.

In November 1959, a 1-mill levy was passed by the people of Madison township, which will help to relieve the financial burdens from future fire protection.

Please look through the gallery at some of the earliest pictures of the fire department on record.

(Above: The program pamphlet from the dedication ceremony. Right: A copy of the article from the Lisbon Evening Journal about the event. Below: Other photos from the early years. 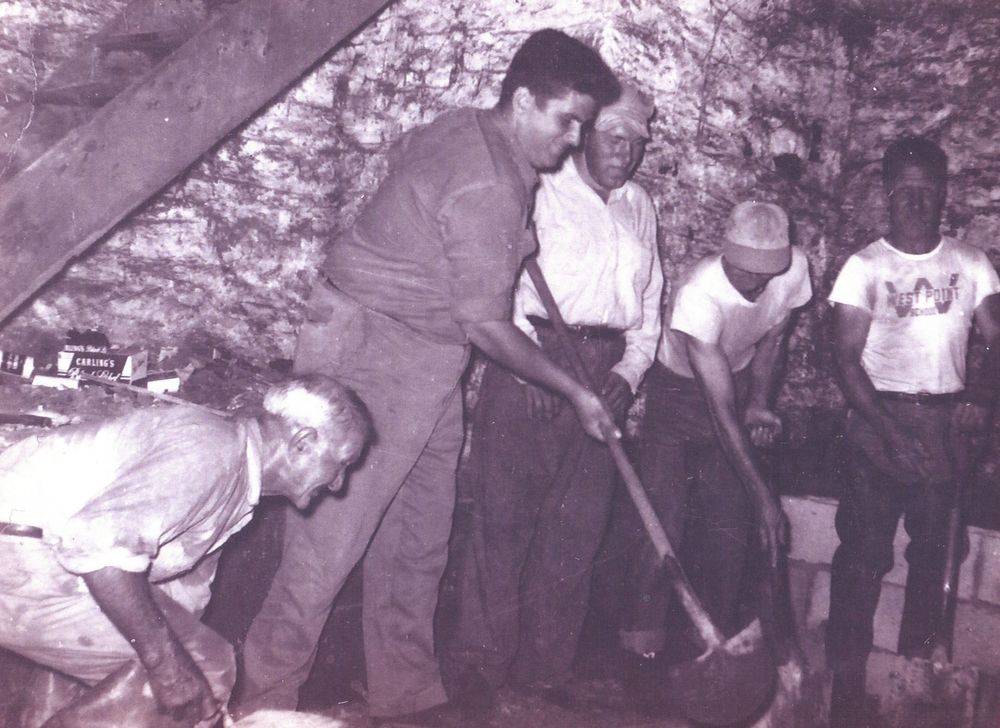 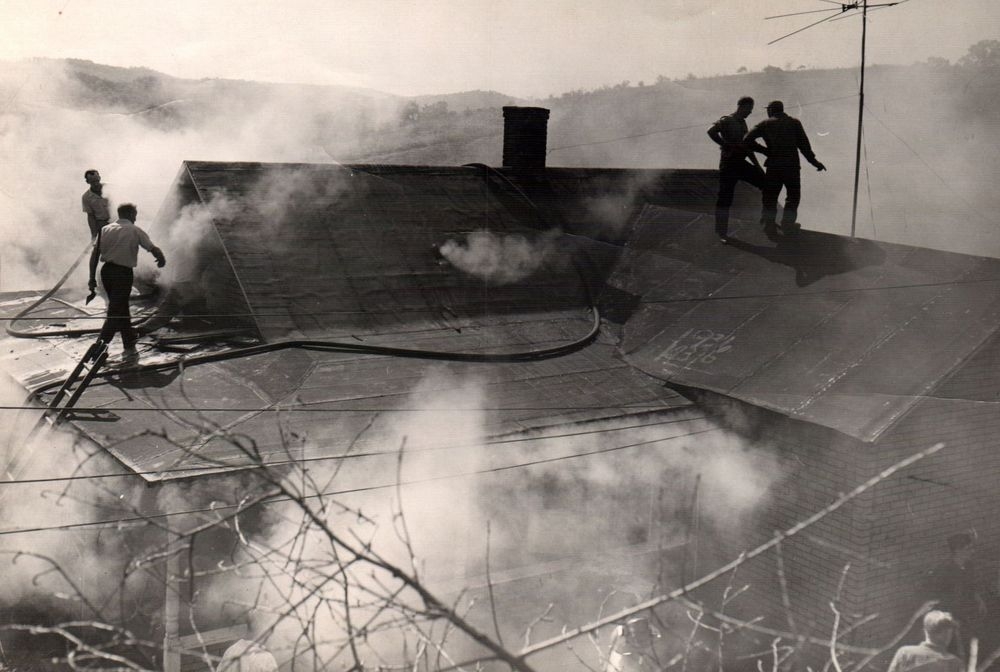 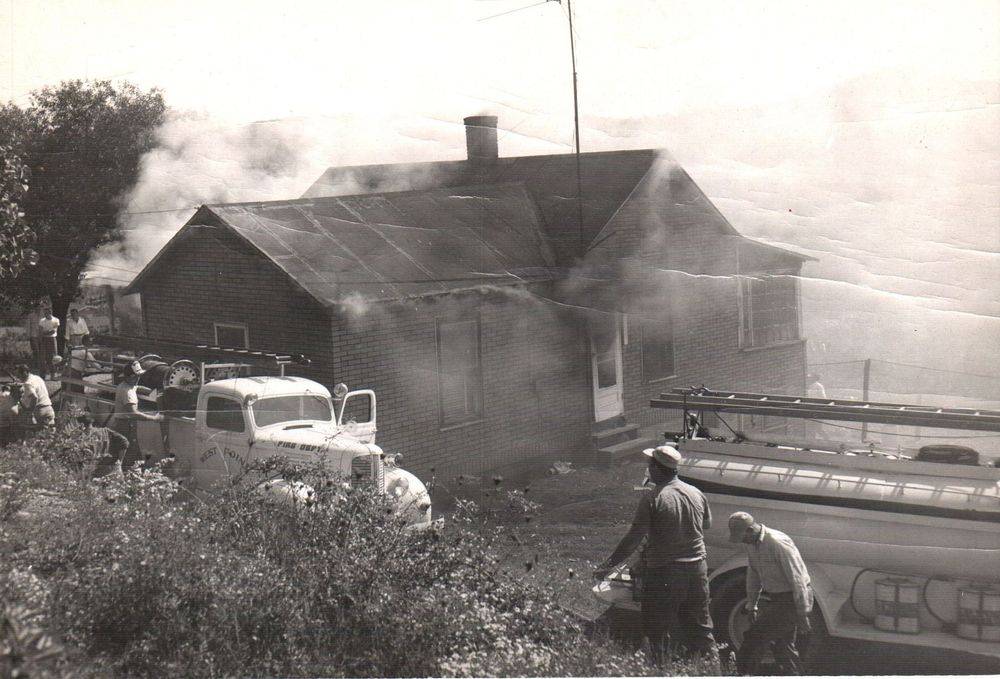 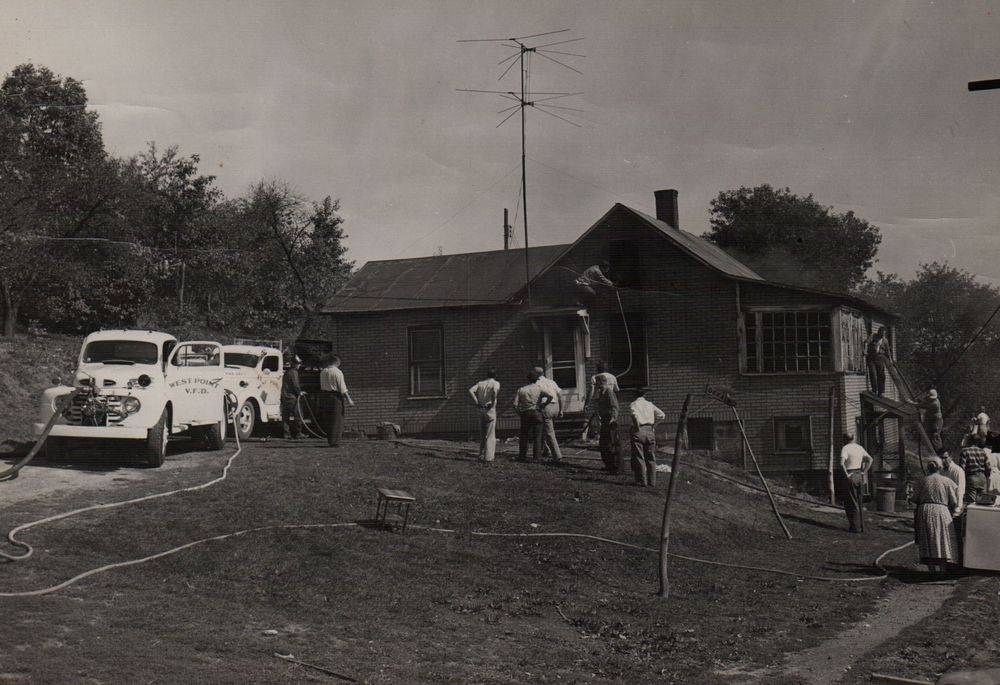 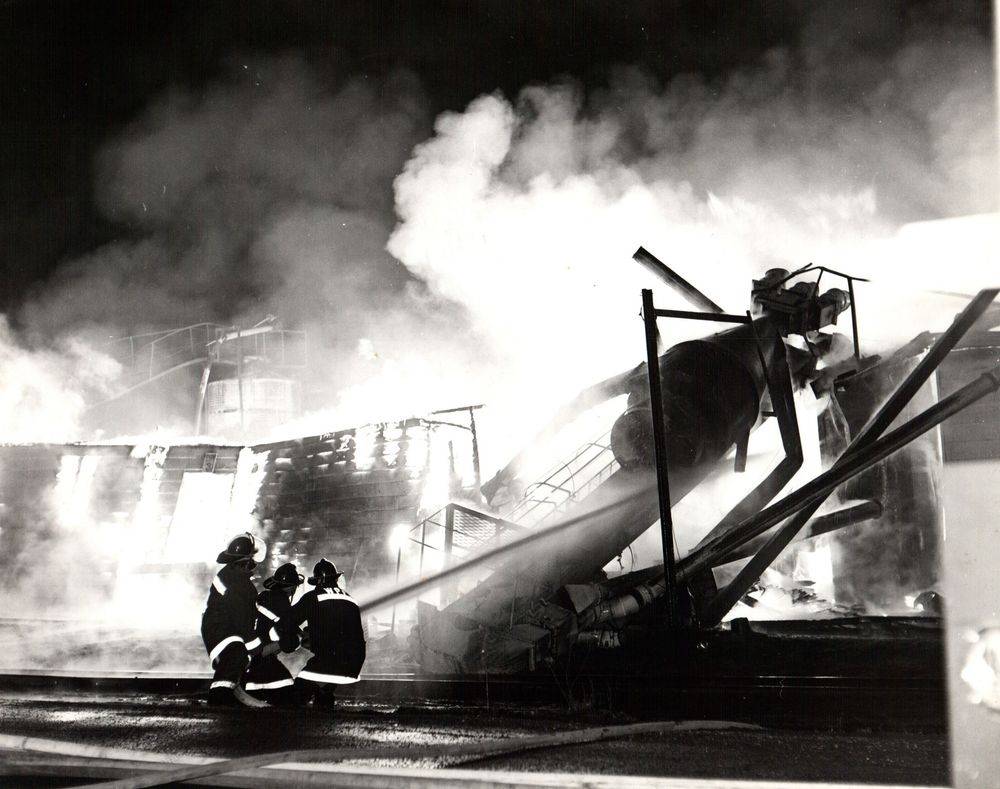